It’s a beautiful sunny July afternoon, you and your friends just hopped out of the pool.

Fingers all pruny, hair soaking wet, you take off your goggles and walk over to sit under the umbrella. It would be a crime not to have a drink in your hand after all of that. So what do you do?

You go to the fridge, and grab a Coke for you and your friends.

Summer, Friends, and Coke. A trio made in heaven.

*sits on edge of seat*

One badass campaign SAVED Coca-Cola from years of mediocrity…

(And no, it wasn’t “new coke” that turned the ship around)

An influx of health conscious consumers were posing a HUGE hurdle for Coke.

They were lacking a REAL customer connection. Nobody identified with their brand.

Coke was seen as another soda option, nothing different from their competitors.

How did this billion dollar company go about creating an intimate connection with their audience??

They put “bro” on their cans. 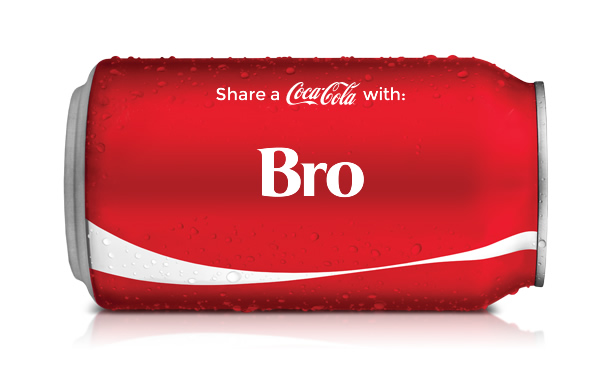 “Prof. Murray tf are you saying”

(no cursing in class plz)

We’ve all been to those tourist traps that sell keychains with names on them right??

And you always had to check to see if they have your name on there (I’m lucky, my name was easy to find – LOL). 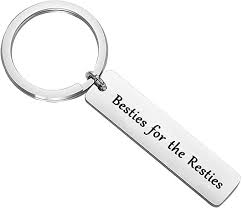 They set out on a mission to focus on the “intimacy and proximity” of Coke and began placing names on their Coke bottles.

(YES this is a real photo haha)

Coke was leveraging mass personalization to emotionally connect with their audience.

I mean, who doesn’t like something that has their name on it? You immediately identify with it.

It becomes YOURS. It’s no longer a Coke can, it’s YOUR Coke can.

Then something magical happened…

Consumers began SHARING a Coke. This is where the snowball began rolling.

Coke became a gift. Something you cherish, something meaningful, full of love and thought.

Leaning into their success, Coke broadened the variety of names on their cans and included culturally relevant nicknames to UP the ante.

​​In Coke’s eyes it was no longer about having a great experience drinking Coke.

It became having a great experience with those around you through the power of SHARING a Coke.

The architects behind the campaign, Ogilvy and Mather Sydney, made the campaign a direct call to action (CTA – make sure you know this acronym for next week’s quiz).

There is absolutely no confusion, nothing lost in their message. Coke is telling you to “Share a Coke.”

And boy did people #ShareaCoke.

Swiftly (see what I did there) #ShareaCoke became the number one trending global topic on Twitter and amassed over 1 BILLION impressions.

You read that right, 1 BILLION. INSANE.

Coca-Cola recognized what worked and LEANED into it.

This is where the multi-channel rollout took off.

Consumer’s could text Coca-Cola their friends name, which would then be broadcasted on a billboard in your city. 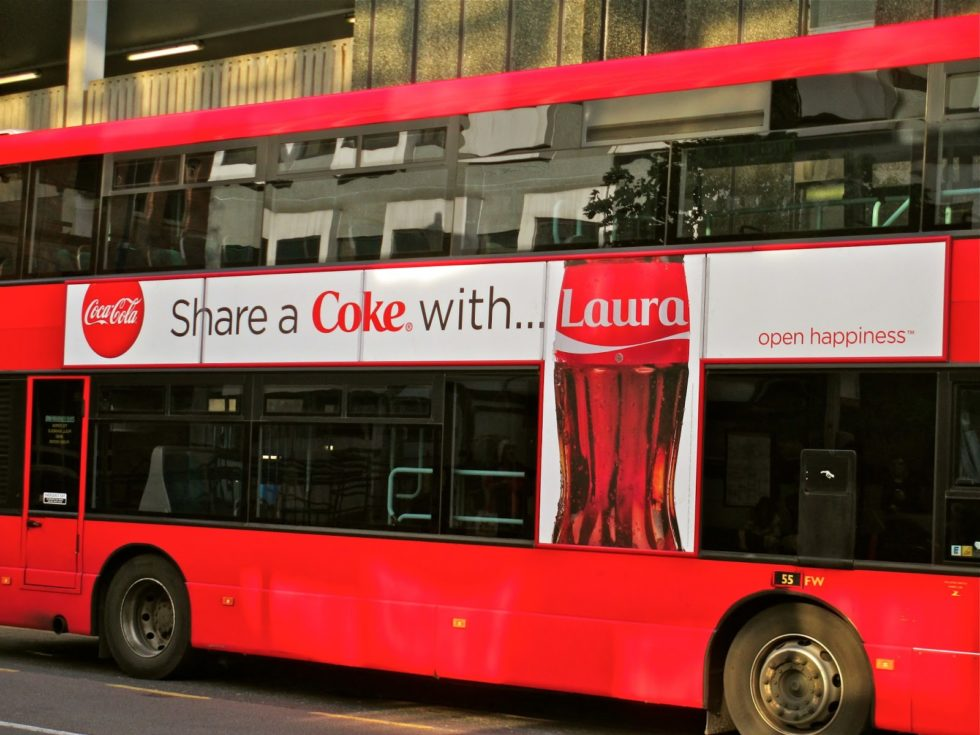 How cool would it be to see your name on the side of a double decker bus in your home city?!

They began to REALLY spice up the options on their bottles. Now you could buy a Coke with your FAVORITE song’s lyrics on the bottle.

Artists like DJ Khaled, Queen, and Taylor Swift had their hit songs on millions of Coke bottles.

Coke took advantage of the cult-like followings that artists have and placed their brand promptly in between the artist and their fans. 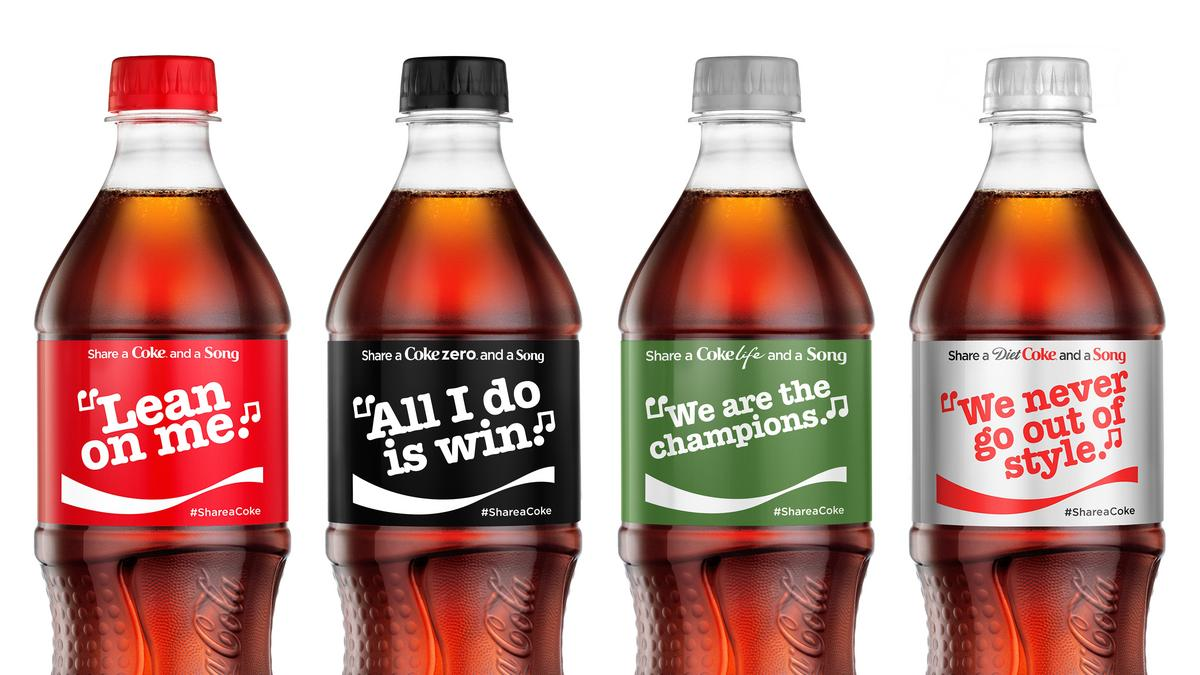 Wait, now I have to clean that up.